The athlete of U.S. Malonno prevailed in Ponte di Legno while Laura Brenna was first in the women’s race. Good attendance of athletes and public for the premiere of the Adamello Ultra Trail’s side event

Marco Malgarida (U.S. Malonno) was the very first winner of the renewed Adamello RUN, the 20-km  competitive race(120 m positive gain) held at the bottom of the Alta Valle Camonica, in the Pontedilegno-Tonale area. The event, organized by ASD Adamello Ultra Trail in cooperation with Rosa e Associati and the contribution of Pro Loco Ponte di Legno, saw its sixth act overall, after the first five held under the “30 Trail” label.

Seventy-five athletes battled it out in the beautiful path throughout the fascinating landscapes of the valley.

The complete results are available at the following link: RANKING.

“Adamello RUN offered us the chance to get back running, and also to do something good – Luigi Sterli, on behalf of the ASD Adamello Ultra Trail organizing committee, commented. “In fact, during the pandemic we started the sale of face masks, together with our sponsor Mico, and today we donated the income – 1.500 euro – to the association “Amici – Volontari del Soccorso“, for their precious work during the races and for their commitment against Covid19. In the future, we would like to replicate this initiative with other associations in our area”.

Loretta Pagliarini, representing Rosa e Associati, was also satisfied: “It was a happy day indeed: we are delighted to be back organizing this kind of event and that so many athletes attended the race“.

At the end of the Adamello RUN, the Adamello SLOW was also held: the 20 km leisure walk was joined by a large group of enthusiasts who did not miss the opportunity to enjoy the Alta Valle Camonica.

A WEEKEND FULL OF EVENTS

In addition to the Adamello RUN event, the organisation set up some product tests on Saturday, together with the Adamello Ultra Trail sponsors Mico Sport and SCARPA. On the same day, in the evening, an interesting meeting with the community was held in Ponte di Legno, with guests such as the Regional Councillor of Lombardy Claudia Carzeri, Ausilia Vistarini, the first Italian woman to cycle the 1800 km of the Iditarod Trail in Alaska, and Emanuela Spedicato of the Adamello Ultra Trail OC.

Adamello RUN and SLOW have been a rehearsal of the main event in September: after the Adamello Trail Junior, the race for children and youngsters up to 19 year-old that will take place on Sunday, September 19th, the following weekend will finally see some of the best runners in the world on the trails of the Adamello Ultra Trail. 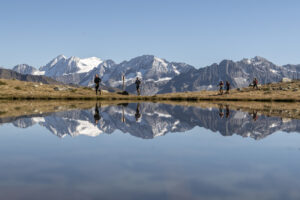 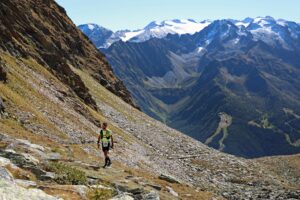 Long-distance running is among the fastest rising discipline in the last 10 years, with an over 300% increase in participants. Adamello Ultra Trail aims to