Adamello Ultra Trail, 170 km to discover on the paths of the Great War

The spectacular route of the Italian ultra-trail event winds through breathtaking views, paths, shelters and peaks that have gone down in history as the theater of the First World War

From September 24 to 26, Adamello Ultra Trail will offer its athletes one of the toughest competitions on the world ultra-running panorama, but also a breathtaking course through the wonderful views and the uncontaminated nature of the Alta Val Camonica, in thePontedilegno-Tonale area among the the Adamello and the Stelvio National Parks, touching as well the Alta Val di Sole.

On its route, Adamello Ultra Trail touches 8 municipalities, 7 ot them belonging to the Alta Val Camonica: more than Vezza d’Oglio, starting and finish point of the event, there are Edolo, Incudine, Monno, Vione, Temù and Ponte di Legno, in addition to Vermiglio, in Trentino. For 2021, the route is also adding something new, passing by the Bivacco Linge (2289 mt) and the Rifugio Valmalza (1998 mt) for the first time.

Also, thanks to the OC, to the Consorzio Forestale Due Parchi, to the C.A.I. Pezzo-Ponte di Legno, to the Unione dei Comuni, to the volunteers and their tireless effort, the path followed by the ultra-running event reveals ruins and military trenches, the historical heritage of this area. The main examples are the open-air museum right under Cima Rovaia (2525 m) and the Bocchetta di Val Massa (2499 m), a second fighting line where war fortresses and walls are still well preserved.

From an altitude of 690 meters in Edolo, the Adamello Ultra Trail climbs up to the 2681 meters of Cima dei Contrabbandieri, the highest point of the trail. Slightly before, there is the Rifugio Bozzi, one of the 25 support structures that allow participants to get the needed supplies, before crossing into the Trentino region. Here we can find evidence of the Austro-Hungarian past, such as the Città Morta (Dead City) and the Saccarana Fort. Following this spot, the race is back in Lombardy via the Tonale Pass, before steeply descending to Ponte di Legno and its life base, the main refreshment and rest point of the trail.

From here, the 90 km trail returns to Vezza d’Oglio following a brief stretch of the Via Carolingia, the road traveled by Charlemagne between the 8th and 9th centuries to reach Rome from Aachen. On the other hand, the 170 km route continues to its second part in the Adamello Park, meeting the Gallinera Pass where athletes will tackle a demanding descent full of wonderful panoramic views, such as that of Malga Stain. With slightly more than 30 km to go, there is only one climb left at the 2000 meters altitude, to be carried out on the sides of Mount Pagano. After this last obstacle, the race goes back to the finish line at the Event Centre in Vezza d’Oglio.

Registrations for the Adamello Ultra Trail 2021 are sold out, but it is still possible to sign up for the waiting list by filling the dedicated form, for a chance to participate in the event in case of withdrawal by other athletes.

In addition, registrations are open for the Adamello RUN, the 30 km competitive race in the valley to be held on Sunday, August 29th. 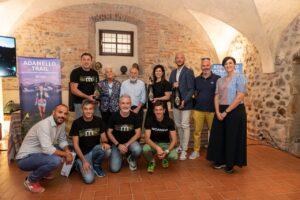 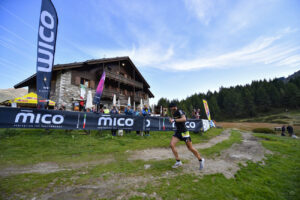